Kevin Abernathy shamelessly proffers his rock-and-roll roots on his spring release of Ain’t Learned Yet. Produced by Abernathy and longtime fellow Knoxville rocker Tim Lee, the album is heavier on melodic rock than Abernathy’s most recent release, 2012’s Some Stories. The seasoned songwriter skirts the balance between the telling and the doing—appealing both to audiences that like their rock music loud and those that still want to hear a compelling story of hard luck. With a uniquely Southern style and sensibility, Abernathy inhabits his songs with the sorts of grifters, drifters, and assorted rounders he runs into on the gritty and hardscrabble streets of Knoxville. “I like loud distorted electric guitar just as much as the folkier acoustic country blues,” Abernathy says. “People who are familiar with my music know there’s always been two sides to me, and I think this album is the best mixture of the two.” 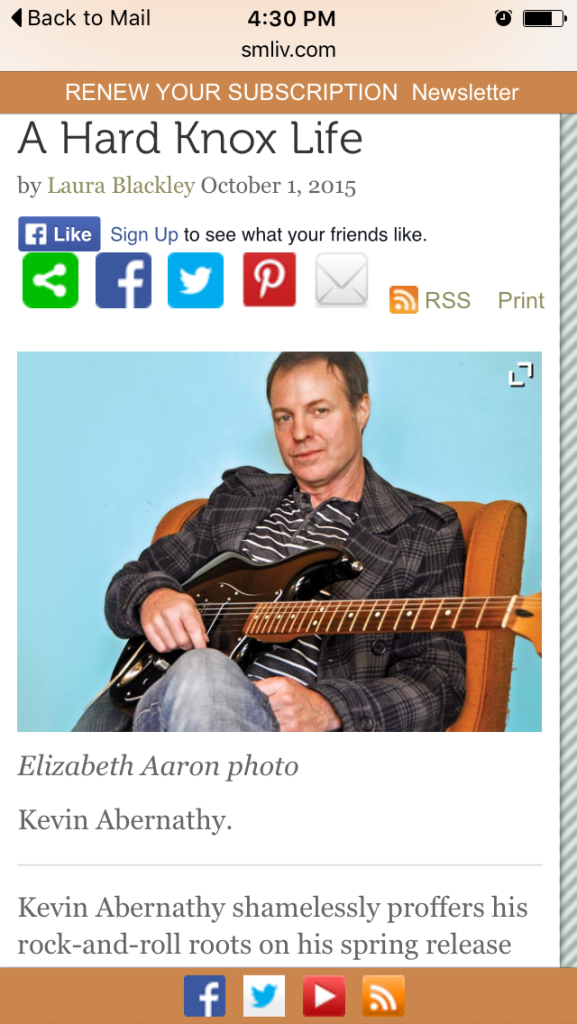