I always look forward to sharing the stage with the amazing songwriter Chris Knight. His fans have always been great to me and I look forward to meeting some new ones on Friday the 4th when I open for him at Puckett’s Farm Equipment in Charlotte, NC. Side-note… the KAB played at Puckett’s several times back in 2009–2010 and we were WAY too loud to be playing there. Gary, the owner, and bartender James told us every time we played there that we needed to be playing The Milestone, but we never could get booked in there, so Gary kept letting us come back to Puckett’s. HA! Hope they’re both there Friday night.

On Thursday the 10th I’m very excited to be participating in the opening night of the SpringSkunk Music Festival in Greer, SC. This will be my first time playing there but I’ve heard nothing but great things about it from fellow Knoxville musicians who’ve played it in the past. I’ll be sharing the stage with Love Canon, New Country Rehab, the Jon Stickley Trio, Underhill Rose and Darby Wilcox. If you haven’t already, make sure to check out the full three day lineup at www.albinoskunk.com

Saturday the 19th is gonna be a busy day for us with two shows 250 miles apart from each other. First, we’ll be playing at Lost & Found Records in Knoxville as part of their annual Record Store Day party. The Pinklets will be kicking off this free event at 11:00 AM then my band will be playing at 11:45 AM. Also participating are the Greg Horne Band, Dick Wagner, the Tim Lee 3, Black Atticus, Blaine Band and The Mutations.

Later that night we’ll be playing with our pals Ned Van Go at the Third Street Dive in Louisville, KY. We’ve played many’a show with ole NVG over the years – ALWAYS a good time! Brandon Atwell And The Broken Ground open the show. For more details on these shows, and all the others, make sure to visit the Shows page here on the website. 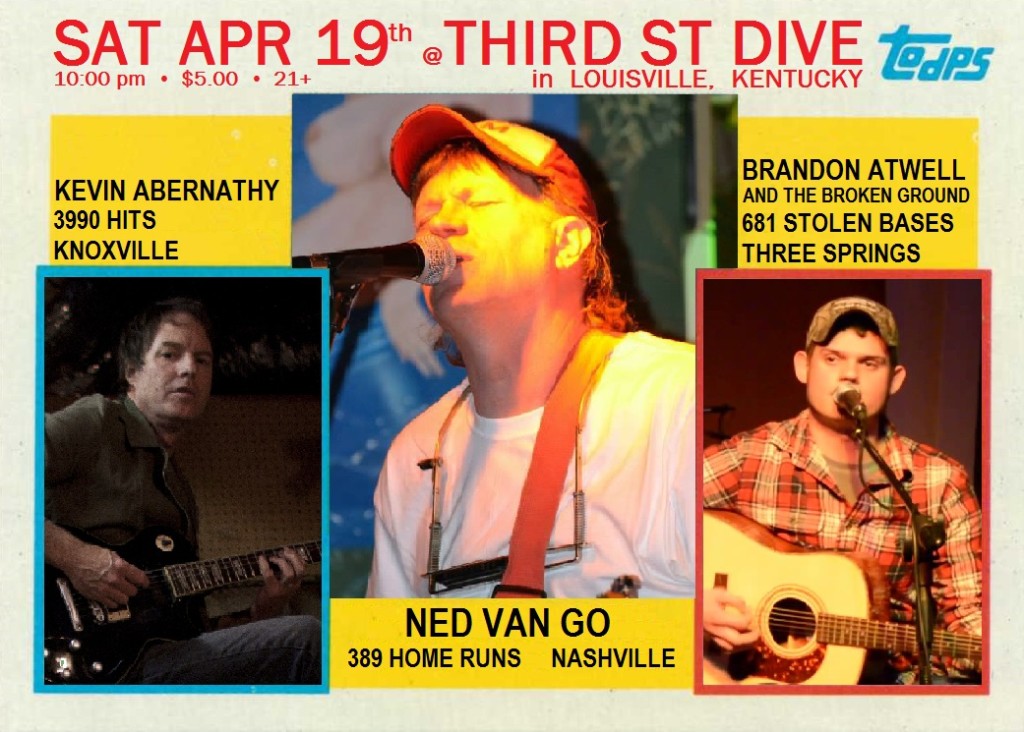