Friday the 10th the band and I will be back down in Spartanburg doing a show with our buddies Marc Higgins And The Chainsaw Bears at The Upstairs Bar. Marc and I have done a bunch of shows together over the years, including a show in Johnson City just last weekend, and it’s ALWAYS a blast. His new band line-up rocks! Hope to see all our South Carolina friends there. 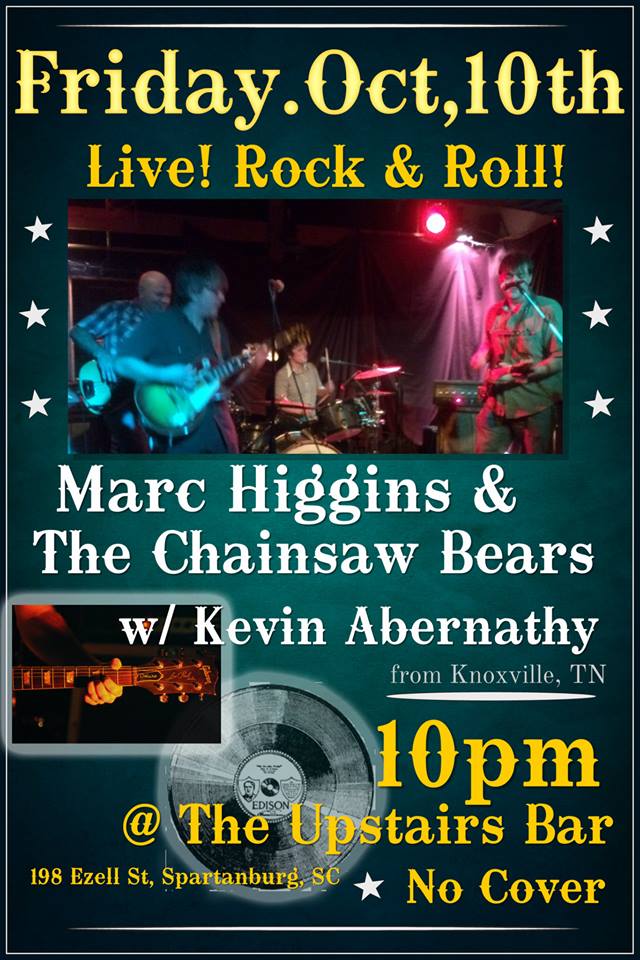 Thursday the 23rd our compadres Ned Van Go will be joining us at The Pilot Light in the Old City for an early evening rock-n-roll show. No, REALLY! In the same vein as some of the early shows that have taken place there the last couple Octobers, this show will be starting at 7 o’clock sharp and end around 9:30. No, REALLY! Come out and see for yourself… we’re gonna rock ya an’ send ya on home by the time most shows even get started.

Halloween night I’ll be joining The Star Voyagers Supergroup (featuring members of King Super And The Excellents, Same As It Ever Was, Big Deuce, Sam Quinn And Taiwan Twin, the John Myers Band, Guy Marshall and more) and gettin’ plum silly on the Star Of Knoxville for The Fantastic Voyage Halloween Party. Boarding starts at 10 o’clock then we depart dock at 11:00, so get your tricks-or-treats out of the way early and come take a boat ride with us! 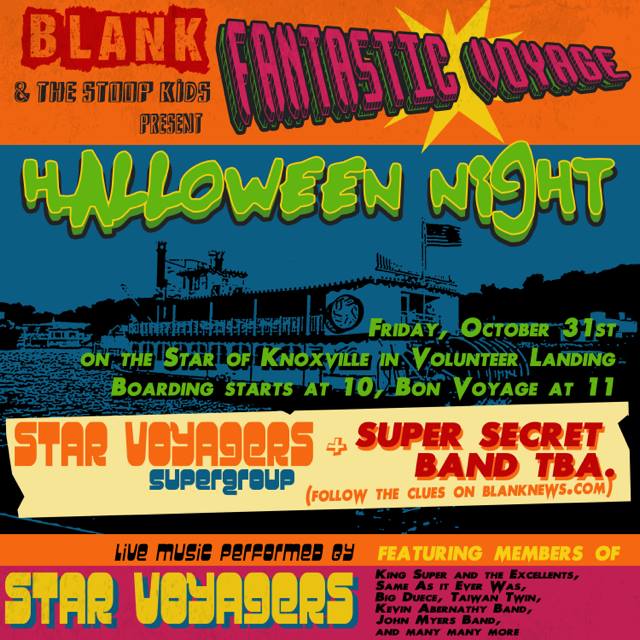