Tha Stupor rides again! Derek Senter, Manning Jenkins, Vance Hillard, Brad Henderson and I are playing another punk tribute show Saturday the 7th at The Pilot Light. Superdrag bassist and all around badass, Senator Pappas, and his Tom Pappas Collection will close out the night. Come act like you’re 17 with us. 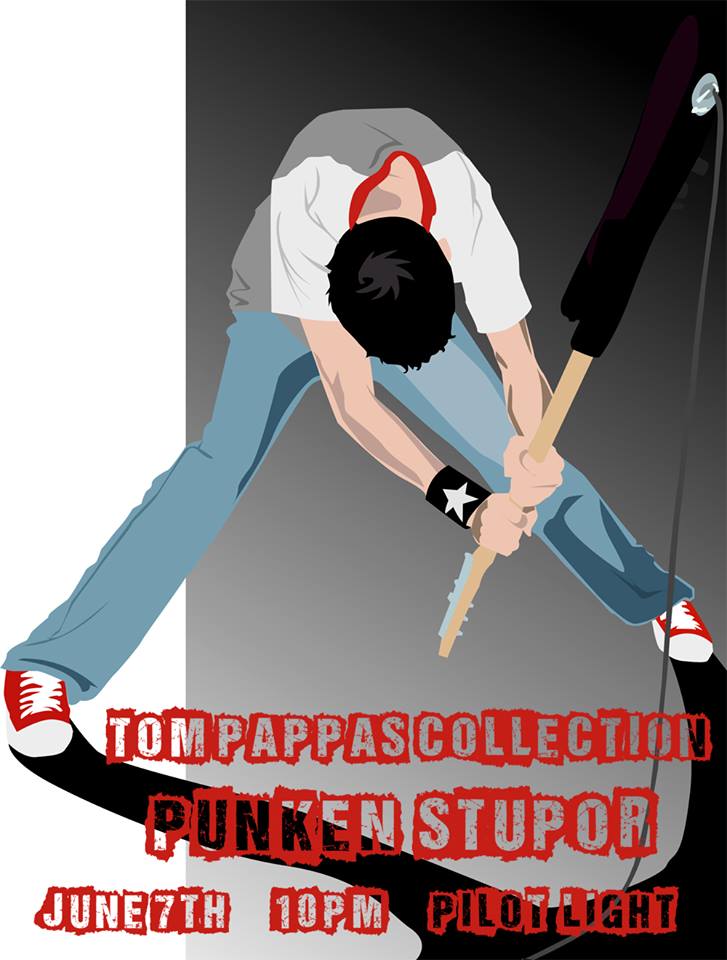 Saturday the 14th I’ll be heading back up to Richmond to play the 1724 House Concerts (presented by Shit Your Pants Productions – HA!). I first played at Zach and Paige’s place last summer when Mic Harrison and I were on the Full Body acoustic duo tour. We had an absolute blast! Our gracious hosts were spectacular, but what made the show was their neighbors and friends, most of whom had never heard mine or Mic’s music, came over to support the event and simply have a good time. We had so much fun that we went back up and played the final Full Body show there in December… to equaled support and enthusiasm. Mic & the High Score are in the studio this spring so this time I’ll be bringing my band, Gray Comer on drums and Mike Murphy on bass. I’ll play some acoustic stuff like the times before but we’re also gonna rock it out a little bit for ya. Grab some hooch and a dish to share and come on over. Clean britches optional.