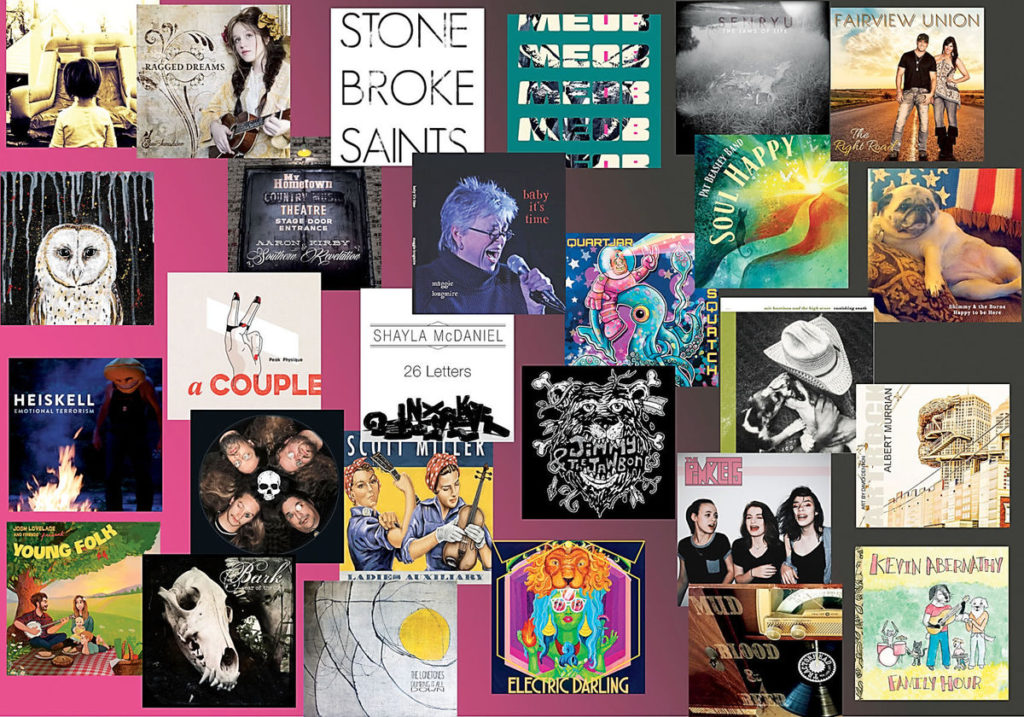 It may seem like handing out a participation trophy to list every album released by local artists in 2017 at least, all that we knew about as essential for your collection, but we stand by it.

We can’t repeat this enough: You can pay $30 or $60 or $100 to see marquee names from seats closer to the rafters than the stage at places like Thompson-Boling Arena, and you will likely be entertained. But you can also pay $5, or nothing, to see any of these acts at intimate venues and have your life changed. Not every record on this list is life-changing, but the earnestness and heart and enthusiasm and love these artists put into their records, and by extension their live shows, is at the heart of a vibrant and dynamic entertainment scene.

We’ll point out that this list is not the be-all, end-all of local releases we probably missed a few, or forgot a few, or simply weren’t made aware of their existence. We can’t write about them if we don’t know about them. If you made a piece of music in 2017 and it’s not on this list, we apologize; please, get in touch with us and let us know, and we’ll add you to the queue of records soon to be released this year, like the new one from Hudson K (technically previewed by local audiences last fall), or the forthcoming EP from Blount County residents Jeff Barbra and Sarah Pirkle (which we’ve heard snippets of and can attest that it might be the best music they’ve ever made).

That said, we encourage nay, we implore you to check out these albums, and to support these artists whenever they perform live.

Kevin Abernathy, “Family Hour”: In these post-Tom Petty days, it’s easy to slap such a comparison on any dude who picks up a guitar and pens a few blue collar songs, but dammit, Kevin Abernathy has earned it. His latest finds himself casting his gaze closer to home, where he and his wife are raising three teenage girls who rock plenty all on their own, and whether he’s shooing them out of the house on the J. Geils Band-inspired rocker “You Kids” (but not really, because it’s kind of a lament of childhood gone “I can’t protect you from this world now, I wish I”d taught you how to kick ’em in the mouth”) or reliving his rock ‘n’ roll youth as a snarling “Stage Dad” to his girls, Abernathy manages to take something as seemingly mundane as family and turn it into rock ‘n’ roll fodder. For those of us raising kids and making marriages work in 2017, it’s a glorious thing to hear a man turn a domestic image of his wife bouncing a child on her hip, two more tugging at her leg, all while talking on the phone and “flipping eggs” into a raggedly splendid bluesy shuffle. It’s not a maudlin record he channels the Bo Diddley/George Thorogood school of stomp-rock to send off his deceased heroes, and his guitar-playing is second-to-none on the freight-train boogie of “Bullet Holes,” a rare instrumental. It’s a thoroughly fulfilling record all the way around, and Abernathy capably demonstrates why he’s one of East Tennessee’s best.